In martial arts, if you telegraph, you probably aren’t very effective. That’s a given, but what really is telegraphing and how do you eliminate it?
Telegraphing is showing your intent to your opponent before you want them to see what you’re doing.

Any time you accidentally give your enemy advanced warning of what you’re about to do can be considered telegraphing. This is something that dedicated martial artists work very hard to avoid.
For example, if you are about to punch with your left hand, and you start to cock that hand backwards, then you are giving a “tell” as to what you are about to do. Not good, right?

When Is a Telegraph Good?

Of course, there are always exceptions to every rule, including thinking that telegraphing is all bad. For example, when you feint or fake an attack you pretty much have to telegraph some sort of intent. Agreed?
But today, we’re talking about how telegraphing, during a direct motion, is undesirable. Always keep in mind, if your opponent seems to know what you’re about to do, you probably have several telegraphs. 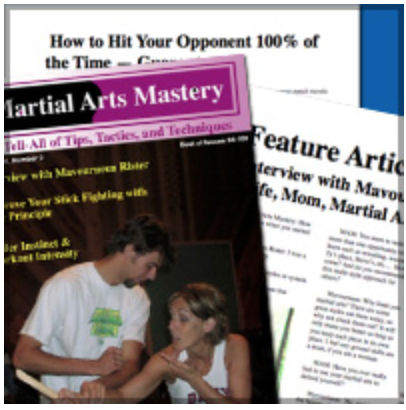 If you think telegraphing is bad during a fight, it’s even worse during a presentation of coin snatching. With coin snatching and switching you only get one chance; either you succeeded or you didn’t.
And it will all depend on if you telegraph your grab for the coin.
Look, I don’t want this article to be a sales pitch for the book. Really. Still, I want to mention an interesting phenomenon:
After I had perfected coin snatching, I noticed that my punches seemed faster. Much faster. Somehow the coin-snatching technique had transferred across disciplines to the world of martial arts.
This led me to further pursuit of really fast punches … I mean fast, which by the way, is why there is specific martial arts instruction in a book also meant for magicians.
All I knew is that when I taught coin snatching, I needed to eliminate the telegraphs quickly. Anyone who started with any motion other than a speed snatch, was doomed to failure. Any advanced warning had to vanish!
The same is true for you to be an upper-level martial artist. You need to learn to practice away your tells.

Tips to Eliminate Your Martial Arts Telegraphing
First ... only work on eliminating one bad habit at a time.
For example, spend an entire session focusing on not dropping your shoulder right before the punch. Even if your elbows gives a little advanced warning, today, you’re only working on getting rid of the shoulder drop.
Tomorrow, you can make sure that the steady shoulder is still there, AND then add in a frozen elbow exercise.
Remember, work on eliminating one telegraph at a time.

Video Yourself Punching
Have the camera pointed on you. Then execute your punch.
Do this a few times. Always pause in between. Start from a full stop, and make the punch sudden. No punching on a set rhythm.
Next, analyze your video recordings.
Look for your first movement. Does anything move before the actual punch?
Examine those punches with a fine-toothed comb. Really scrutinize your image on camera for even the slightest movement before the actual punching technique.
Those are the mini-motions that you have to work to get rid of. (And it won’t be easy, bit it WILL absolutely be worth the effort.)

Another Pair of Eyes
Play some sort of speed game where you punch and your partner tries to block the punch. Try to make your punch a total surprise.
If your partner seems to beat you more often than not, ask what he or she is seeing. What is the clue that lets them know you’re about to make a more major motion?
Also, have an experienced martial artist simply watch you punch. Maybe they’ll see something that you don’t.
Remember, the goal is to eliminate all extraneous movement.

Do A Little Reading
Find books that teach you how to eliminate telegraphing, and follow their exercises.
See what works for you.
And if you can’t find resources, then start with a hardback copy of Coin Snatching: The Reputation Builder. Specifically, look to chapters eight and eleven to develop even more speed than you already have.
Of course, it doesn’t have to be Coin Snatching. Any book that will give you specific, and I do mean specific exercises for eliminating your extra motions will work. Remember, your motto from now on will be … No Telegraphing!

Coin Snatching: The Reputation Builder ... for Martial Artists ... is HERE!