This Coin Snatch Variation is a ...

While working on Coin Snatching: The Reputation Builder, Nate Kranzo told of a version of the coin snatch performed by a magician in his 90s, John Calvert.

The hunt was on.

I negotiated through Mr. Calvert’s agent, Eddy Lester. Finally, permission was granted. I was going to be allowed to teach the trick in the book. 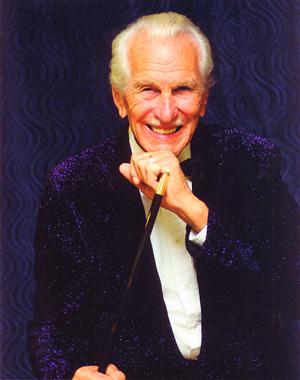 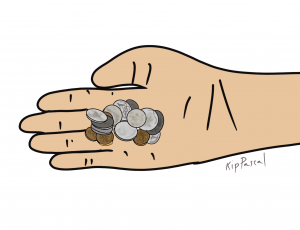 What made this trick different was that it used a handful of change and that it had a surprise ending. Boy, did it!

After reading a one-sentence desciption, I named the trick (Calvert’s Claw) and typed it up into a full routine with a complete description of the workings.

Calvert’s Claw is Bonus #1 in Coin Snatching: The Reputation Builder.

A Handful of Coins (Trick Problems)

Are you having problems making the snatch work with a handful of change?Here’s a quick tip:

Build up the amount of coins that you snatch. Start with three. Get really comfortable grabbing the three. Then practice the three with the release added in.

Once you can do three, try for seven consistently.

Then finally, get to the point where you can do a handful — maybe 15-16 coins.

Go beyond the normal amount of coins held in the hand.Build to the point where you can grab a giant moundful of coins out of a participant’s hand.

Be able to grab with facility more coins than you would ever have to in a performance situation.

Make it difficult on yourself during practice, so it feels easy when you have to switch in front of an audience.

I practice martial arts in the above manner — no, not with coins.

I build, then eventually go beyond the level needed in a real situation.

For example, take kicks. Start with a low kick. Perfect the low kick, a kick to the shin or knee — maybe even a snap kick to the groin.

You build height to your kick.

Eventually, you can kick to the chest or even face without straining a muscle. In fact, high kicks feel comfortable.

In a real fight, a low kick is preferable. And now, you are MORE than ready.

If you are interested in learning a great coin routine, try Calvert’s Claw, in the bonus section of Coin Snatching: The Reputation Builder