Is This The Article to Improve Your Act?

Are you looking to add some life to your juggling act? Are you someone who likes to avid copying the routines of other jugglers?
Then a visit to your local magic shop might be the perfect answer to creating a more imaginative, creative, and entertaining juggling act. 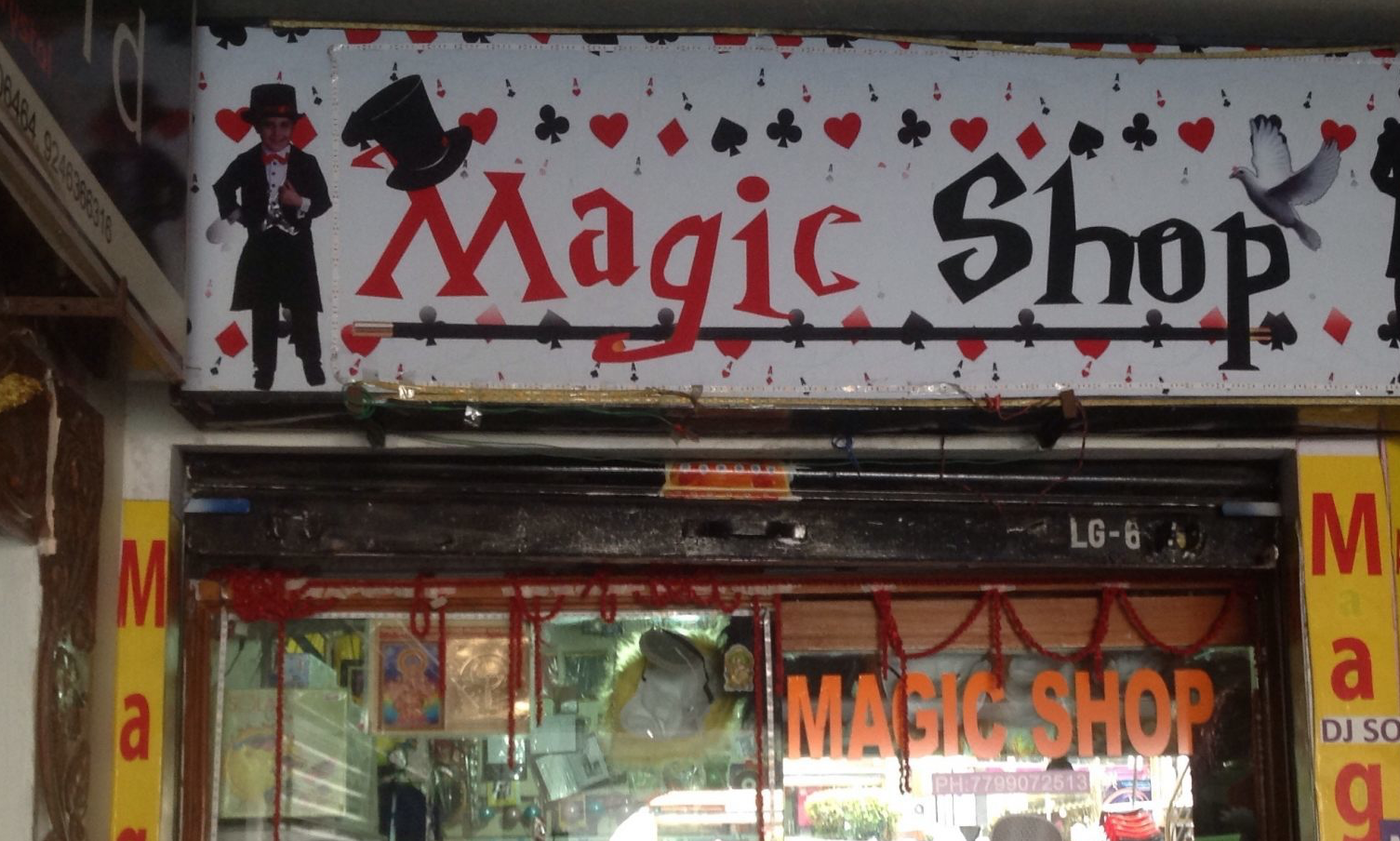 Note: If you don’t know how to find a brick-and-mortar magic shop, check out the article on finding good magic shops in the magic section of this site: Magic Articles

Have “you” ever been in a real, honest-to-goodness, magic shop?
What did you think?
Are you aware of how wonderful a resource magic stores can be for a juggler?
And that, my friend, is what this article is all about. We’re going to spend a few minutes squeezing a bunch of benefits from adding to your act from a “magicians’ mercantile.”

Note: If you can’t get to a local magic shop, then try your online stores. Just don’t start with them. The in-person experience of a real magic shop with real magicians is worth the effort. 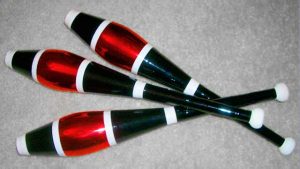 For some of us, the only chance we will get to examine juggling equipment in person is at a magic shop. Buying online may be convenient, but you can’t test the weight of the ball or club. You can’t play with the balance, and choose the style that’s just right for you and your act.
Magic shops often carry a complete line of juggling equipment. Plus, you don’t have to pay for shipping, which can sometimes be expensive.

Note: In 1994, my wife bought a high-quality unicycle in Rochester, New York. She put it in her suitcase, and we checked it under the plane, all the way home to Eugene, Oregon.

Magic Tricks for The Juggling Act
Obviously, if you’re in a magic shop, you’ll find all sorts of magic. Have you ever thought about adding a little magic to your act?
You could break up two juggling routines with a little magic in between. And by the way, not all magic requires great skill. Some rely on tons of presentation practice, and as a juggler, you already know about practice.
If you’re looking for something to add to your routines, start with what we call “Street Magic.”
You want something that you can do stand-up instead of close-up, for the most part. And I try to emphasize the idea of “packs small, plays big.” For example, I have a fifteen-minute magic routine that I carry in my wallet. It would play well even for 100 people, but is equally appropriate for an audience of one.
By the way, mentalism fits my criteria. Mind-reading tricks are entertaining, pack small, play big, and can be real bafflers.

Magic shops and magics books are also the place to go for fake juggling. For example, balancing a small, rubber ball on an open, spinning parasol is easy, once you know the secret.
Don’t worry about being disingenuous to your audience. You are there to entertain.
And they will see enough of your skill throughout the act.
Look at it this way, some of the very best, most skilled magicians in the world will occasionally slip in a trick that relies on an easy gimmick. Their audience has no idea, will attribute the amazing feat to skill, and will be even more impressed by the magician.
Also, magicians know they are entertainers … the old quote is “magicians are really actors playing the part of a magician.” (Robert Houdin)
You can benefit from a similar, but worthwhile deception.
Finally, if it’s a known trick, then you can false juggle … and end by exposing the secret. (Tip your head forward to show that you aren’t really balancing the pingpong ball on your nose; it’s stuck there.)
Just don’t reveal any juicy secrets. Don’t anger the magic community.

After all, many magic shops rely on jokes for their bread and butter. You just need to find something to add to your juggling act.
And if worse comes to worse, you could buy rubber chickens and dress them … as your favorite actor, singer, or politician. Imagine the possible jokes.
I hope you make use of the few remaining magic shops that we have left. 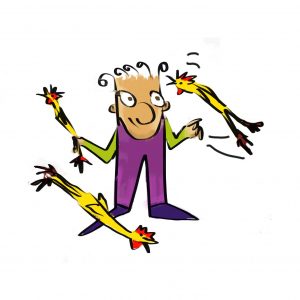 Ooh, That’s Weird
The magic shop is also the place to find something bizarre to juggle. (Just how would you modify those rubber chickens to make them easier to juggle?)
Maybe you’ll find the right hats for a hat-juggling routine. Or the right shrunken heads.
And speaking of shrunken heads …

Props for Your Act
You can almost always find props for your juggling routine.
Magicians use fake chainsaws, balls and chain, bones, shrunken heads, and even …
fake chickens. (Yes, I’m determined to juggle those rubber chickens … it would be a “fowl” routine!)
Have you ever thought about juggling fake dog poo? I have … and actually used to sell a bunch of it in the magic shop by juggling poos and then vanishing one of them.
Who knows what kind of props you’ll find?

Humorous Gags
Finally, if your act could use even more humor, you can find gags at the magic shop.
I know a very famous magician who built a routine worth many thousands of dollars, and it’s all based on a tube of vanishing ink from the magic shop.
You’ll find all sorts of “appropriate” jokes that you could incorporate. 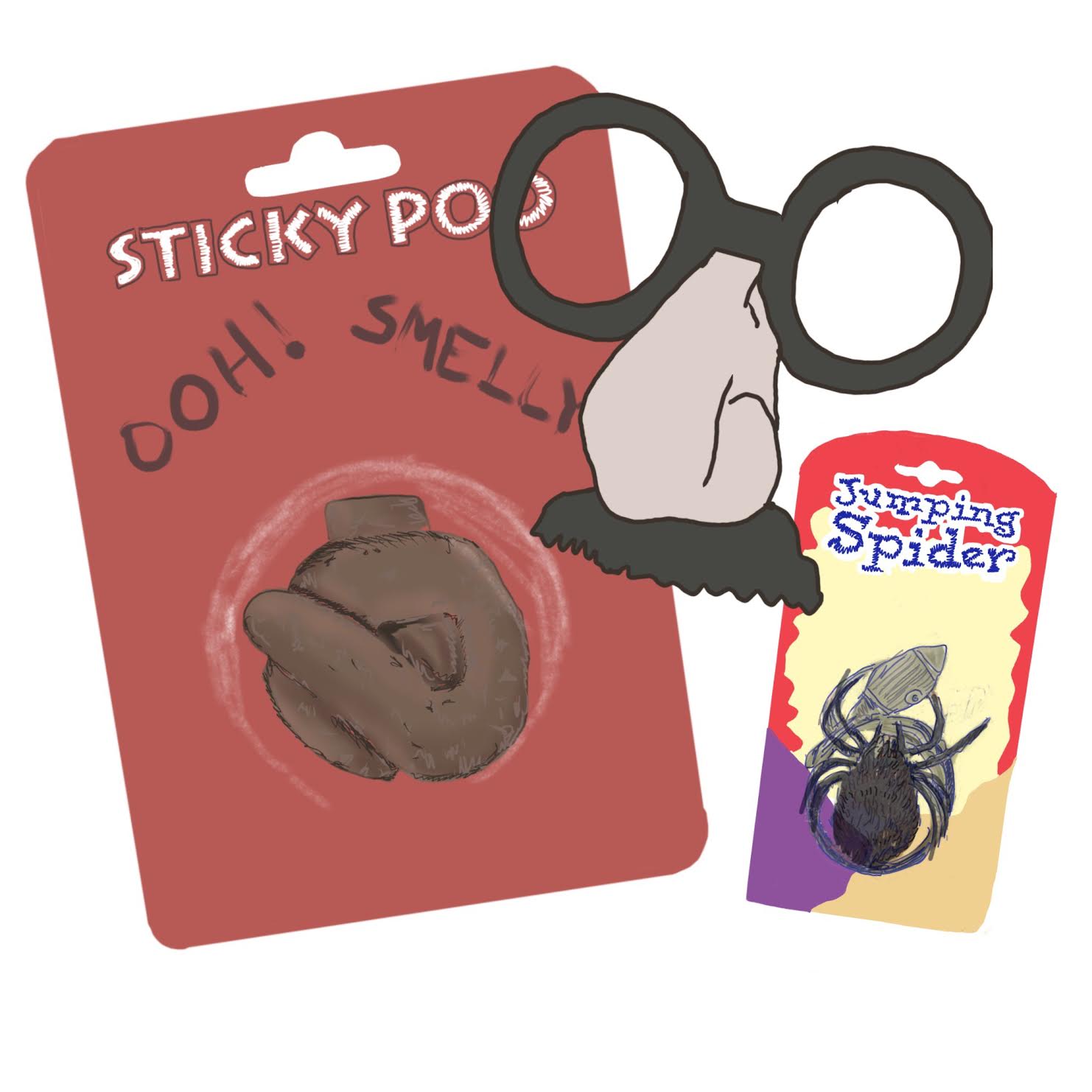 After all, many magic shops rely on jokes for their bread and butter. You just need to find something to add to your juggling act.
And if worse comes to worse, you could buy rubber chickens and dress them … as your favorite actor, singer, or politician. Imagine the possible jokes.
I hope you make use of the few remaining magic shops that we have left.