An Amazing Stunt for Martial Artists

"There is no stronger moment than when something magical apparently happens in your own hand.

"Kip Pascal's new book is full of in the hand astonishment."

All the variations collected into one book: Coin Snatching reveals all the methods of these feats of supposedly super-human speed and dexterity.

Whether you are a beginning martial artist or an accomplished black belt, this book will show you a variety of methods to speed snatch a coin from another's hand.

And it gets better ... you'll also discover the secret methods for switching one coin for another in your opponent's (participant's) hand. The switch actually takes no extra time; it's as fast as a simple grab. (You involve one extra muscle in your hand; that's all.)

With every method and effect in this book, you'll be able to speed grab a coin in someone's hand before they can close it into a fist.

“To hell with circumstances; I create opportunities.”

What If I Could Really and Truly Make Your Martial Arts Moves Faster?

Yes, yes ... the stunt of speed switching a coin in someone's hand is all-by-itself amazing, but this book offers more.

There are several chapters devoted to martial artists getting ever faster with their techniques. You really can apply the sudden motion of snatching a coin to your ... punches, eye jabs, and more. 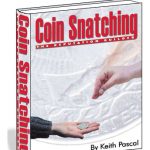 This Is The Only Place to Find These Collected Coin Snatches

From the Postage-Stamp Magician 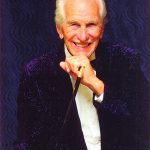 Imagine a coin snatch from a handful of change ... with a big surprise for an ending!

John Calvert was one of the classic, elegant magicians. And he lived to be over 100 years old, and was still performing in his 90s. No kidding.

This man was so good, so powerful of a performer, that they made a postage stamp of him in the United Kingdom. (What an honor!)

For many many years, Mr. Calvert had a pet coin switch. As mentioned before, it involved a handful of change. What was even better was, you allowed the volunteer to choose a coin.

And the surprise ending was/is a fooler.

With Mr. Calvert's permission, you'll learn the way he accomplished this total baffler....

The bonus chapter devoted to his handful variation really is one of those "worth the price of the book" effects.

"Calvert's Claw -- In the early 2000s, John Calvert was possibly the oldest professional magician still making the circuit with a strong magic act.

"In his 90s, Mr. Calvert graciously allowed Kip Pascal to describe and publish his routine where he fooled the participant by doing the opposite of what he claimed. Instead of stealing one called for coin from a handful ..."

This bonus effect works wonders, if you have a crowd of martial artists gathered around. You'll need to practice this one, but you'll amaze a group, all in one shot. 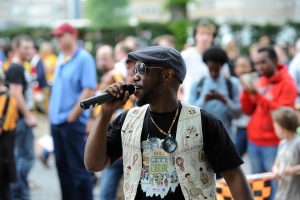 In most coin-snatching effects, the coin is placed in someone's hand, which makes it a presentation for a small audience. After all, if you can't see the coin, there is no visual amazement.

After a Conversation with Justin Hanes, (bonus chapter #2), you'll want to try this coin switch that can be performed in front of a bigger crowd.

Street performers will have a new routine ... that nobody else is performing.

It involves two spectators ... at the same time!

And remember, professional magician from England, Darren Brown, performs a great routine for a large audience ... and he makes it work.

If you order now, I'll include some pdf files in addition to the two included bonus chapters just mentioned. (I'll email you a download page.)

These ebonuses revolve around the coin-snatching theme. Whether used as an example, or simply referred to, all will help you improve.

-- with a Money-Back Guarantee

Look, my father invented the phrase, “The secret’s told, when the trick is sold.”

We used it in our family-run magic shop in the 70s and early 80s. It meant that you had to buy the trick, in order to find out the secret.

And the rule in all magic shops and on-line companies is that once you discover the secret, there is never a refund. Period.

Well, I am so confident that you’ll want to add this book to your magic collection, that I am willing to offer you a satisfaction guarantee — for 90 Days!

Bruce Lee had over 2,000 books in his magic library. I'm sure, if this book had existed back then, it would have been a must for him.

He was obsessed with making his punches faster, and ...

Who is Keith Pascal?

What is Keith's connection to the world of magic?

Does he have a Split Personality?