JUGGLERS
Add MAGIC to Your Act ...

How to Add MAGIC to Your Juggling

Add Magic To Your Juggling Routines

You’ve decided to spruce up your juggling act. You already have balancing feats, in addition to various degrees of difficulty in juggling objects in the air.
You could add precision throwing, like tossing and sticking knives, darts, and shuriken with incredible accuracy. 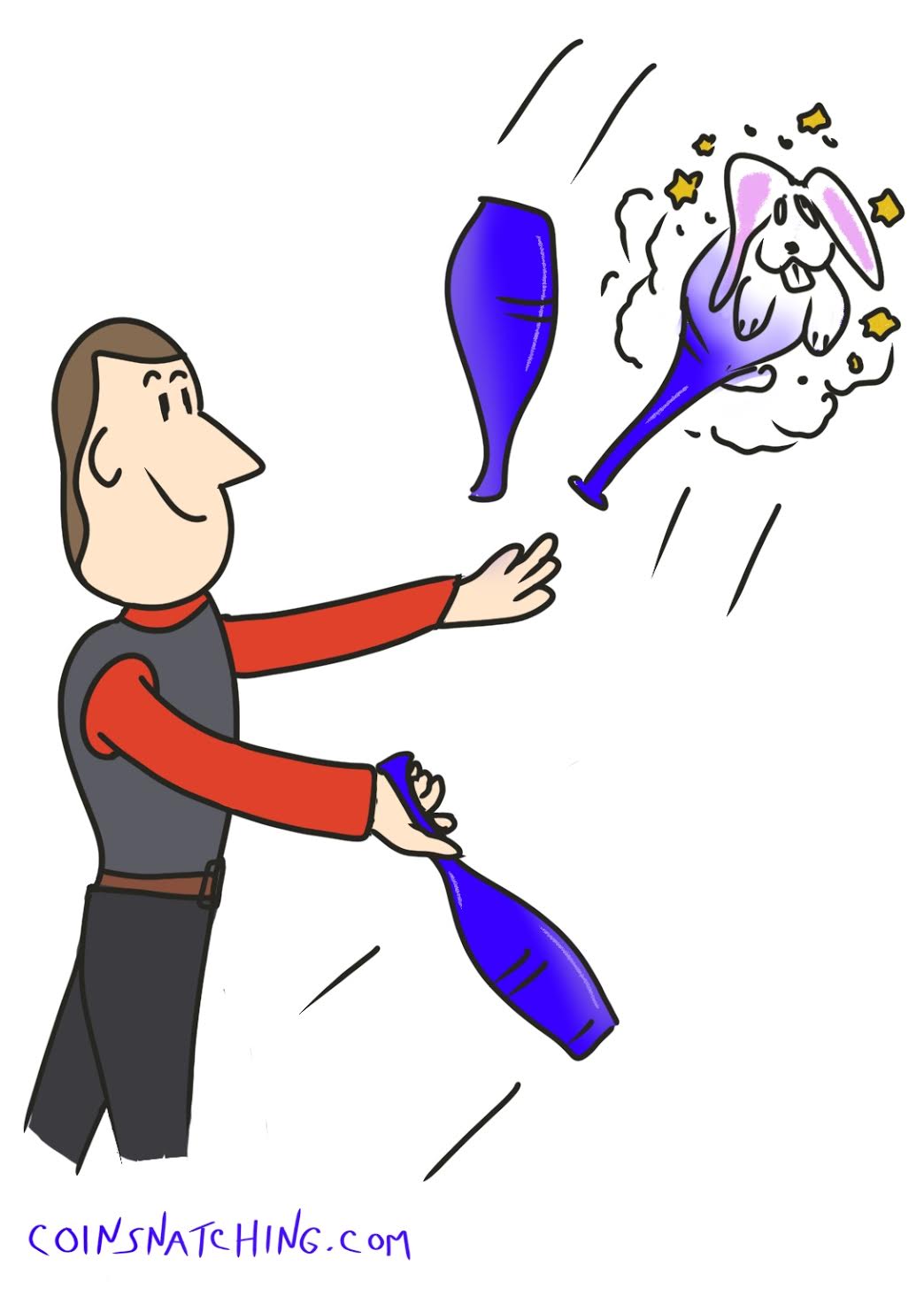 But you decide to add magic, and some comedy to your routines.

Where do you start?

There are all sorts of magical effects that you could incorporate into your juggling act. Here are a few ideas of where you could present some impossibilities to delight your audience:

Imagine that you had an Emcee to introduce each of your routines, except YOU are the host, as well as the performer.
This means that you’ll have to introduce yourself.
Perfect.
It’s time for a quick anecdote with something skillful as eye candy. You pull out a handkerchief, and you hold it diagonally by two ends.
And then you start to tell a story, except that as you talk, the hanky magically penetrates the microphone stand. That’s right; you continue to hold both ends, but the cloth seems to melt back and forth through the solid metal of the mic stand.
Wow.

Note: If you’re interested in this trick, research “reel” magic.

Or maybe, before you introduce your next juggling feat, you mention how you were in the candy story the other day … when all of a sudden, a large jawbreaker (spherical candy) appears at your fingertips.
And another appears. And another.
You put each in the bag, but no sooner to you drop one, but yet another appears in your other hand.
Absolutely amazing!

The key here is to make the presentation quick. Use it as an interlude.

It’s the palate cleanser between your fantastic juggling routines.

And For My Next Feat …

One of the best ways to add magic to your act is to learn to produce some of your equipment.
For example, when I was in my teens, I used a Crystal Silk Cylinder.

I showed an empty, transparent tube, and also a metal tube with no ends that would slip over the clear plastic one.

Then I put three silk handkerchieves into the clear cylinder, covered it with the empty metal tube, and Voilá! When I lifted off the metal tube, three balls now filled the tube.

Of course, I dumped them out into my hands, and I was off and running … right into my three-ball juggling routine. BAM!

Note: I once had a friend who was great with Devil Sticks. He’d pull the main stick out of his backpack, and hand it out for examination. When all attention was back on him, he produced both controlling sticks by magic.

While On the Top of a Pyramid at Teotihuacán in Mexico …

Present the trick all by itself, and link it to a good story.

Maybe you were atop a pyramid, when a mysterious man approached. Since nobody was around, he taught you this miraculous piece of magic, that you want to share with them now.

This might be the right time for a little mind reading.

Come to think of it, if it’s mind reading, then I learned it from a mysterious, old woman while kicking around in the deep, dark catacombs of Rome, Italy. (Si, io parlo italiano.)

The last suggestion in this article is for you to do something to get to know your audience AFTER the main part of the show is over.
Carol Burnett was famous for engaging the audience with something more personal, after all the guests were gone, and the skits had finished.

If you’re looking for an idea for something more intimate as an after show, reputation builder, may I suggest … drum roll, please … Coin Snatching: The Reputation Builder.