JUGGLERS
Here's a new take on what
to do when you drop ...

Jugglers What To Do When You Drop

It’s inevitable; you’re going to drop while juggling … someday.
Of course, I applaud you, if you are determined to be someone who NEVER flubs and lets go of the ball, club, or …
Still, for the rest of us, it’s great to have a Plan B, and C, and D, if you lose control, especially during a particularly difficult feat.
If you’ve read any other articles on the subject, then you already know to have a cutesy line in reserve, for just those unfortunate occasions. In this article, let’s explore this a bit further, and give you some real ammunition for those times.
So, if you drop, what do you do? 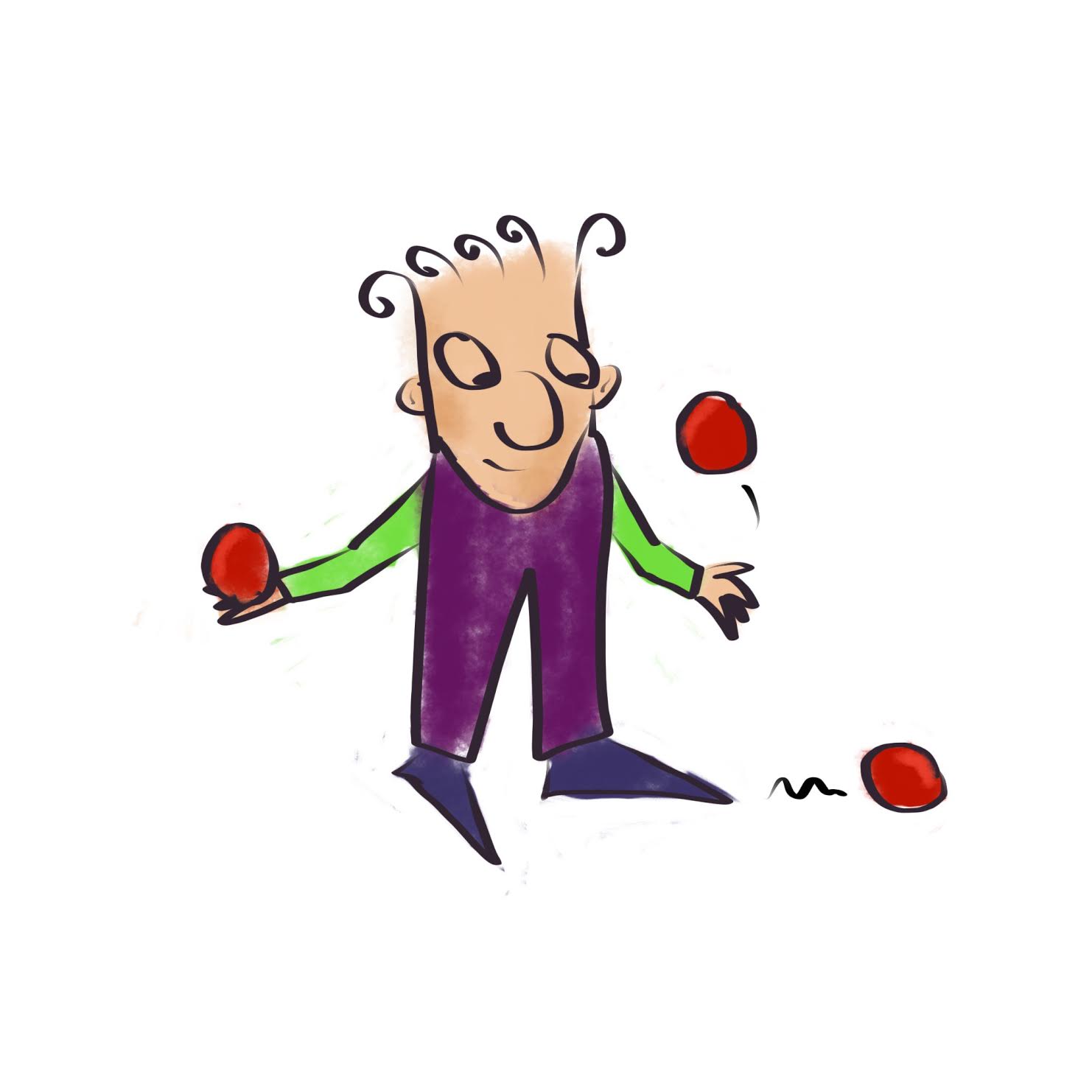 1) First and foremost, you pick it up. Yes, retrieve the dropped item. And if you have to, or if you have a good presentation, have a spectator pick it up and throw it to you.
That, in itself, can be very funny … with the right schtick.

2) In your head, as you are retrieving the dropped piece of equipment, you have to ask yourself:
*Do I push forward, and leave the bungled trick, to be quickly forgotten, after you make your funny quip (we’ll get to that in a minute)?
~OR~
*Should I repeat the trick, because they deserve to see a successful completion of such a wonder?

Decide on your own criteria before you ever get into this situation. You want to make a quick decision … so quick, that the audience almost thinks that whatever “oopsie” you did was planned.

3) Now, you have to decide what to say.
You dropped, you’re retrieving the ball or club. Will the line be funnier after you’ve collected the dropped piece of paraphernalia, or should you jump on it, and make them laugh immediately?
Again, this is your call.

If you can make a quick recovery, you could look at your audience and say, “You didn’t notice that.” Then give them a performance, stage wink.
Whatever line you toss at the audience, only use it once. For example, if you say, “As the world famous W.C. Fields said when he dropped … ichhh!”
It won’d do to repeat the above line each time you drop. Once is funny. Twice, and the audience will pity you, and doubt that your skills are polished.

4) The Call Back
The exception to the rule of not repeating your joke when you drop is when you are performing a callback.

Note: Again, with a callback, the audience will wonder if your mistakes were somehow planned. After all, they were so funny … it just couldn’t be impromptu.

5) From Kip Pascal’s Notes
The other day, I was looking over some old magic notes, when I found one of my ideas for when I juggle.
Since I am primarily a magician, I am always worried that I’m out of practice and will drop the balls.
So, my idea was when I dropped to say, “Kip, that’s Okay!”
Then like a conductor, leading an orchestra, you motion for the audience to say, “Kip, that’s Okay!”
To which, you say thanks, smile, and continue on.
The next time you drop, you repeat the procedure, getting the audience to say it, as well.
Then the last time, as they all say, “Kip, that’s oka…”
You interrupt them and say frantically, “No, no. It’s NOT okay. Definitely not okay.”
Then you repeat a memorized bit of psychobabble in super fast speed: “ … it all started with the shaving cream this morning. Man oh, man, the coral was out, but someone left the empty box in the cupboard. My juggling teacher warned me …”
And then you take in a deep breath … succeed in performing the trick … sigh … and smile at the audience, just a bit sheepishly.
Hmm … just an idea.

6) Whatever you do, have several “whatevers” you do … when you drop.
Choose the right cover, and the right humor for the specific mess-up.
The more confident you are as a performer, the more you’ll see and know just the right one-liner excuse that will send the audience into a small fit of laughter.
Let me know how it goes, 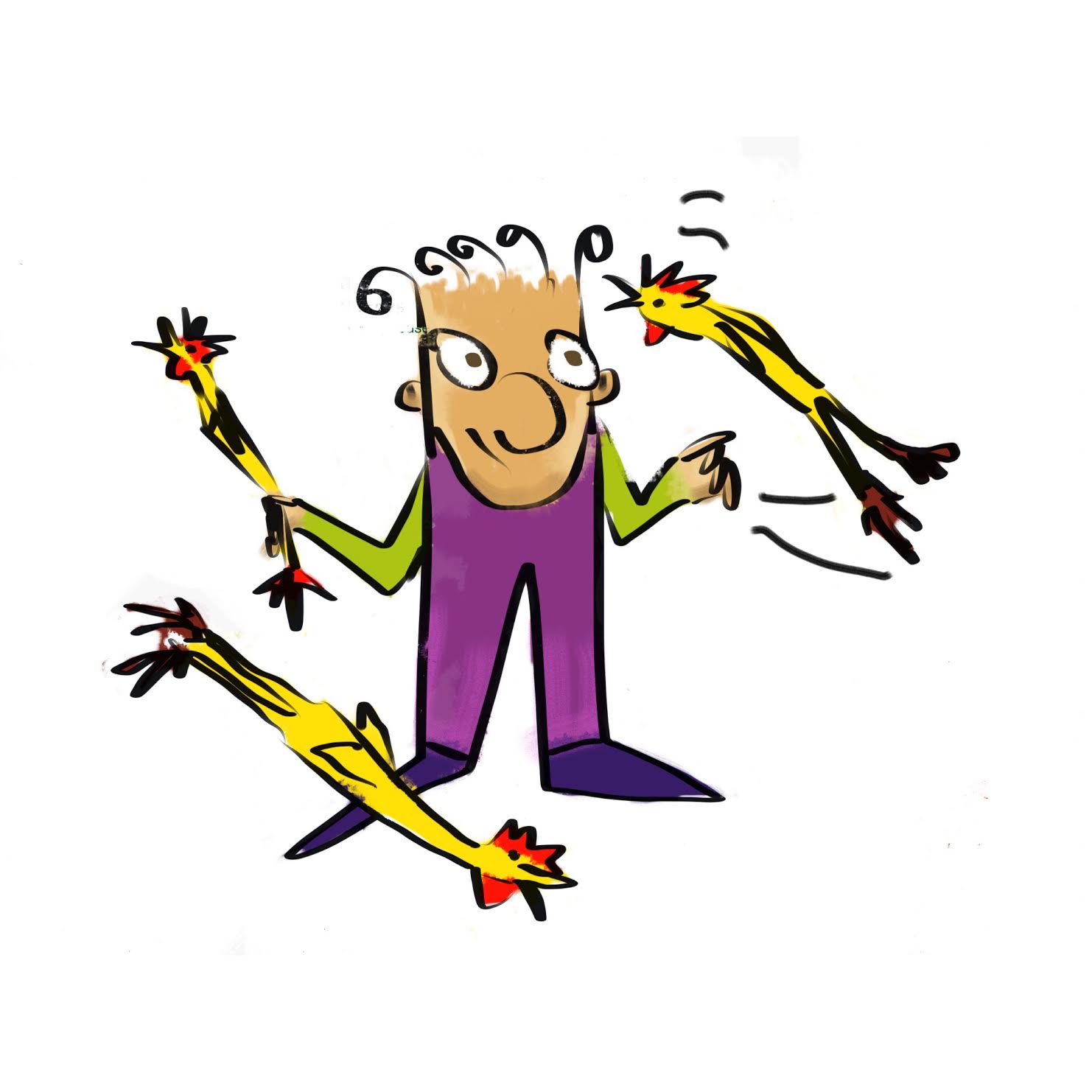